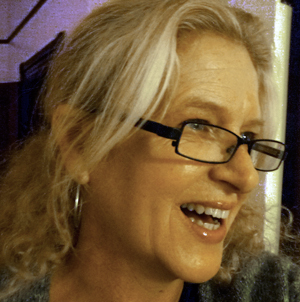 " ... bringing charm and magic into the world sounds like the most fun job ever invented. But I don't think it's mine. If I have a job, it's to reveal the enchanted moments that are already here. Or see them, first.

I'm in the imagination business."

Cris Hamilton is a writer, animator and artist from Santa Barbara, California. Born in 1959, she studied at Northwestern University and the University of Iowa (although it's believed* a childhood spent freely roaming the great halls of Chicago's Museum of Science and Industry had much, much more to do with her future).

After living and working abroad in Budapest, Hungary and England, she began illustrating magical moments that appear daily in her very real world and the worlds of so many people she knows and loves. Her current themes, painted in watercolor, are imaginarily real women and fairytale monsters. 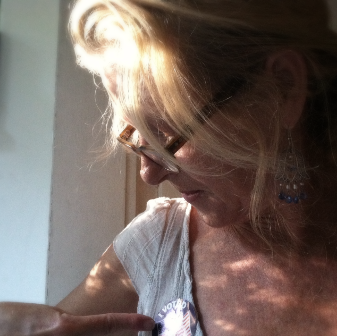 Her shadowboxes are hand imagined, painted, cut and assembled. She is working on a book featuring her tiny monsters. Her first book, Let's, self-published last year, is available on this site.

*by her, at least. Anyone else can think whatever they like.